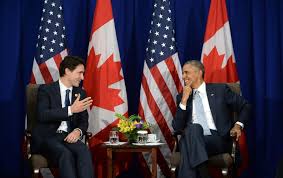 The 2015 United Nations Climate Change Conference, COP 21 or CMP 11 was held in Paris, France, from 30 November to 12 December 2015. It was the 21st yearly session of the Conference of the Parties (COP) to the 1992United Nations Framework Convention on Climate Change (UNFCCC) and the 11th session of the Meeting of the Parties to the 1997 Kyoto Protocol.[1]

The conference negotiated the Paris Agreement, a global agreement on the reduction of climate change, the text of which represented a consensus of the representatives of the 196 parties attending it.[2] The agreement will become legally binding if joined by at least 55 countries which together represent at least 55 percent of global greenhouse emissions.[3][4][5] Such parties will need to sign the agreement in New York between 22 April 2016 (Earth Day) and 21 April 2017, and also adopt it within their own legal systems (through ratification, acceptance, approval, or accession).